Travelling through the Kimberley in northern WA on a tour with world music group MARA! Paul Cutlan’s experiences of wonder, beauty and joy of the lush gorges and rivers and ancient ranges inspired his three part composition. 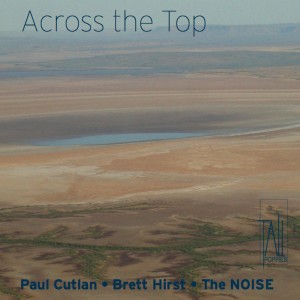 Across the Top draws together 20th century classical and jazz music with dance rhythms from the Balkans and South America.  “Cutlan’s solo bass clarinet intro to ‘Gibb River Road’ suddenly startles with didgeridoo squawks and rasps, before Hirst brings a Latin groove to the tune proper,” AustralianJazz.net.  Paul Cutlan’s wide musical palette is distilled into works embellished by the improvising musicians on the night.

In recent times, most of the ensemble have played for Blue Mountains Audiences in Bungarribee, Mara!, Ambon, Sanctuary, the tango jazz outfit Alturas, at the Cultural Centre or Hotel Blue..

Paul Cutlan has performed with acts as varied as Lou Reed, Gurrumul and Geoffrey Rush (in Diary of a Madman) and appeared at major festivals, including Ruhrfestspiel Recklinghausen, Edinburgh Fringe Festival,LiteraturWERKstat festival (Berlin), WOMAD Festivals in Britain, Singapore, NZ and Adelaide, and the Sydney Festival.

Undoubtedly one of Australia’s most talented and versatile musicians, Live at the Village are thrilled to be presenting Paul’s compositions which have not been played in public since the CD launch a couple of years ago.

“Cutlan’s works are refreshingly original and exude vitality… the composing and improvising are of equal merit – some achievement for such an ambitious, genre defying project.”   John Shand Sydney Morning Herald